Cersaie Fair, one of the most important and prestigious fairs of the ceramic industry, was held in Bologna/ Italy, between 26-30 September 2022. 30 Turkish companies participated with their booths in the fair, which was held with broad participation of the Turkish ceramics industry, and they came together with their customers and target audiences from many parts of the world.

Cement, Glass, Ceramics and Soil Products Exporters Association has further strengthened the Turkishceramics brand with 180 taxi advertisements throughout the city also airport advertisements within the scope of the effective promotion of the Turkish ceramics industry. 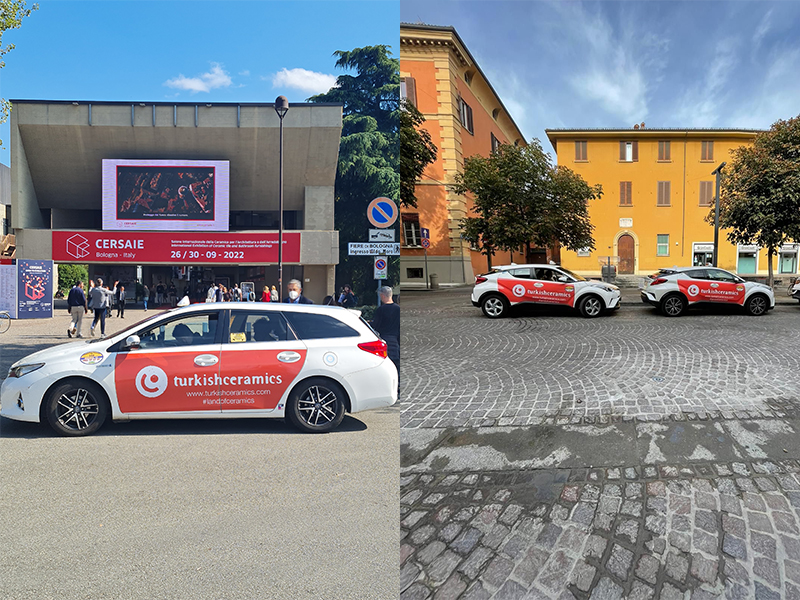 During the Cersaie Fair on September 29, our Association (Turkishceramics) and the Turkish Ceramics Federation met with The Italian Association of Ceramics.

In the meeting held with Italian Association of Ceramics President Giovanni Savorani and General Manager Armando Cafiero, Chairman of Turkishceramics Erdem Çenesiz brought up the increasing energy costs around the world and the ceramic industry production capacities on the agenda. In addition, the issues of maintaining cooperation for the continuation of positive relations between two countries were also discussed at the meeting.